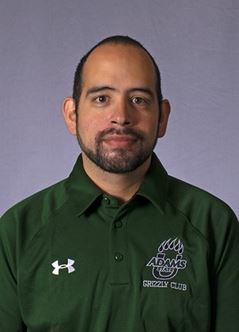 Eric has a long background in Sports. He is the current Sports Information Director at Adams State University. He was an assistant cross country and track-and-field coach for Alamosa High School. In his seven-year stint with the Mean Moose, the girls squads won two state titles (2009 & 2014) and the boys won one (2014). He went on to serve as the head track & field coach, yearbook/journalism teacher and athletic director at the Sierra Grande School District in Fort Garland, Colorado. He and his wife, Jannelle, live in Alamosa, Colorado and have two daughters, 3-year-old Lyla Belle and 2-year-old Ella Reigh and are guardians over sister-in-law Victoria Eric has called sports in various capacities on KSPK since 2010.